The schools are scheduled to run from 9am to 4pm 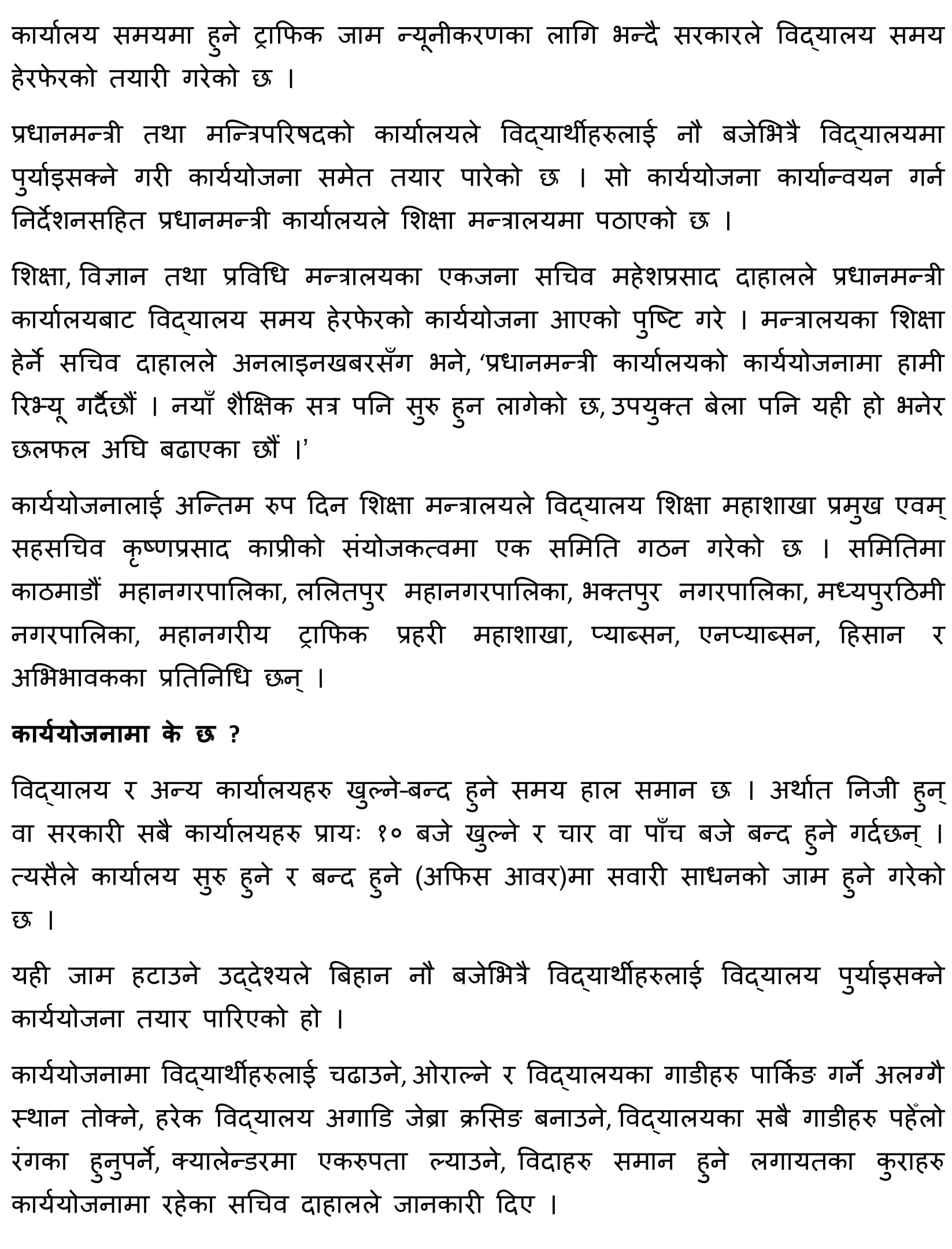 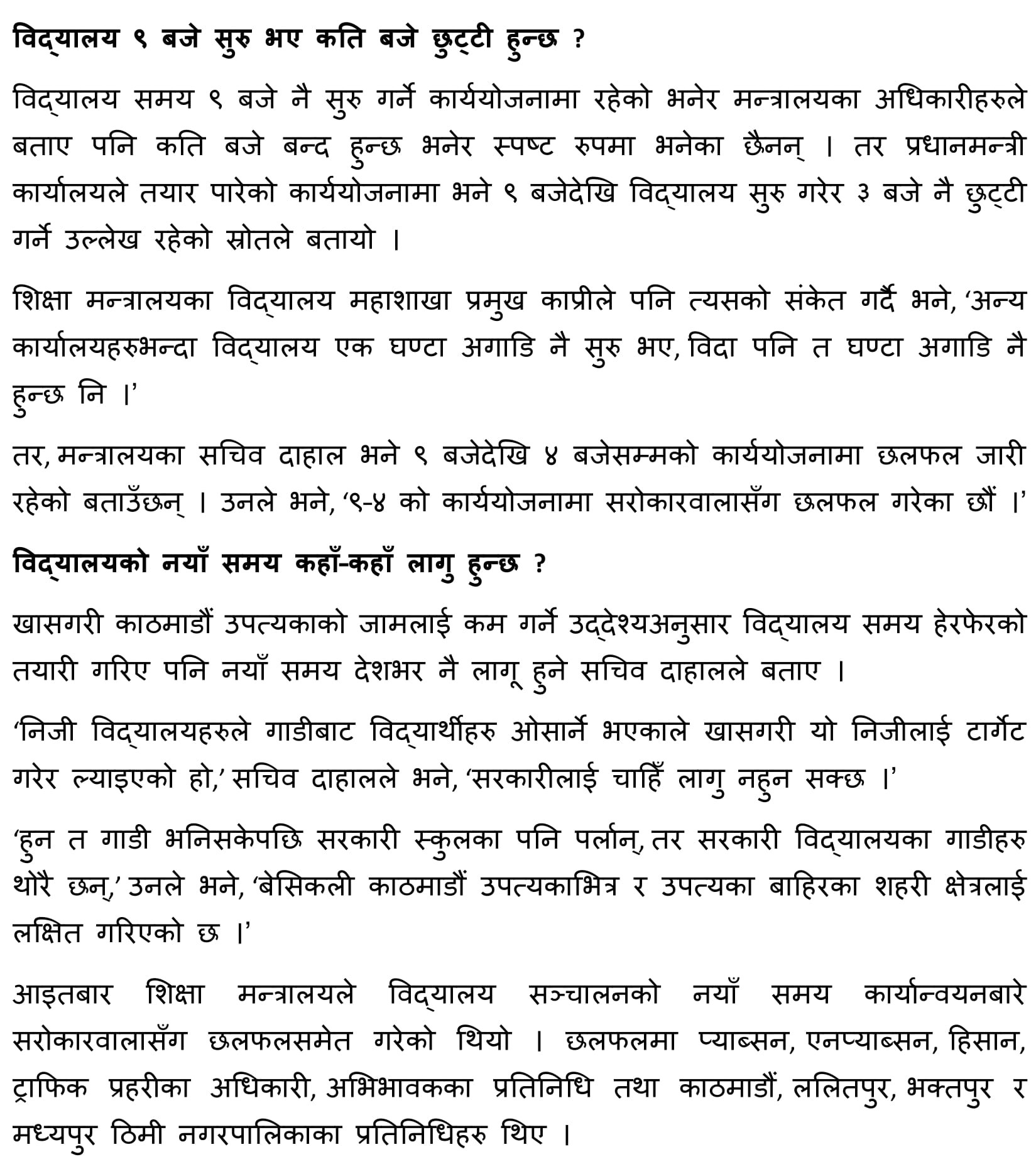 The government is preparing to alter school hours, saying it will reduce traffic jams during office hours.

The Office of the Prime Minister and the Council of Ministers has also prepared an action plan to get the students to school within nine o’clock. The Prime Minister’s Office has sent to the Ministry of Education with instructions to implement the action plan.

What’s in the action plan?

The opening hours of schools and other offices are the same. That is, private or all government offices usually open at 10am and close at four or five o’clock. Therefore, the office has been jammed on opening and closing of the office.

For the purpose of removing this jam, an action plan has been prepared to bring the students to school within nine in the morning.

Secretary Dahal informed that the action plan included setting aside a separate place for students to drop, park and park their school vehicles, make zebra crossings in front of each school, all vehicles in the school should be yellow in color, bring uniformity to the calendar, and will be the same.

What time does the school start at 9 o’clock?

Ministry officials have stated that the school is on work plan to start at 9 pm but they have not explicitly stated how many hours will be closed. However, in the action plan prepared by the Prime Minister’s Office, the school mentioned that it will start from 9 am and leave at 3 pm.

Kapri, who is also the head of the school’s department general at the Ministry of Education, pointed out, “The school started an hour earlier than other offices, but the holiday is an hour ahead.”

However, the secretary of the ministry, Dahal, said that discussions were underway on the work plan from 9am to 4pm. “We have discussed with the stakeholders in the 9-4 action plan,” he said.
Where does the new school time apply?

Secretary Dahal said that the new time will be implemented across the country, especially if the school time is being prepared for the purpose of reducing the jam in the Kathmandu Valley.
‘This is especially targeted at private ones as private schools transport students by car,’ said Secretary Dahal, adding, ‘The government may not apply.

On Sunday, the Ministry of Education had a discussion with stakeholders about the implementation of the new schedule of school operation. The discussion included Pabson, NPabson, Hisan, traffic police officers, guardian representatives and representatives of Kathmandu, Lalitpur, Bhaktapur and Madhipur Thimi municipalities.